The Central Bank of Nigeria (CBN) has denied that its website was attacked by a group of hackers Anonymous on Friday.

“Contrary to the claims in the social media alleging that the website of the Central Bank of Nigeria ww.cbn.gov.ng has been breached by malicious persons, we wish to state that our website is secure,” CBN spokesman Osita Nwanisobi said in a statement.

“We wish to assure the Nigerian public and indeed all other stakeholders that the CBN website is adequately protected and that there is no cause for alarm.”

The CBN’s rebuttal comes a day after a group of hackers Anonymous claimed they have attacked the Nigerian apex bank’s website. 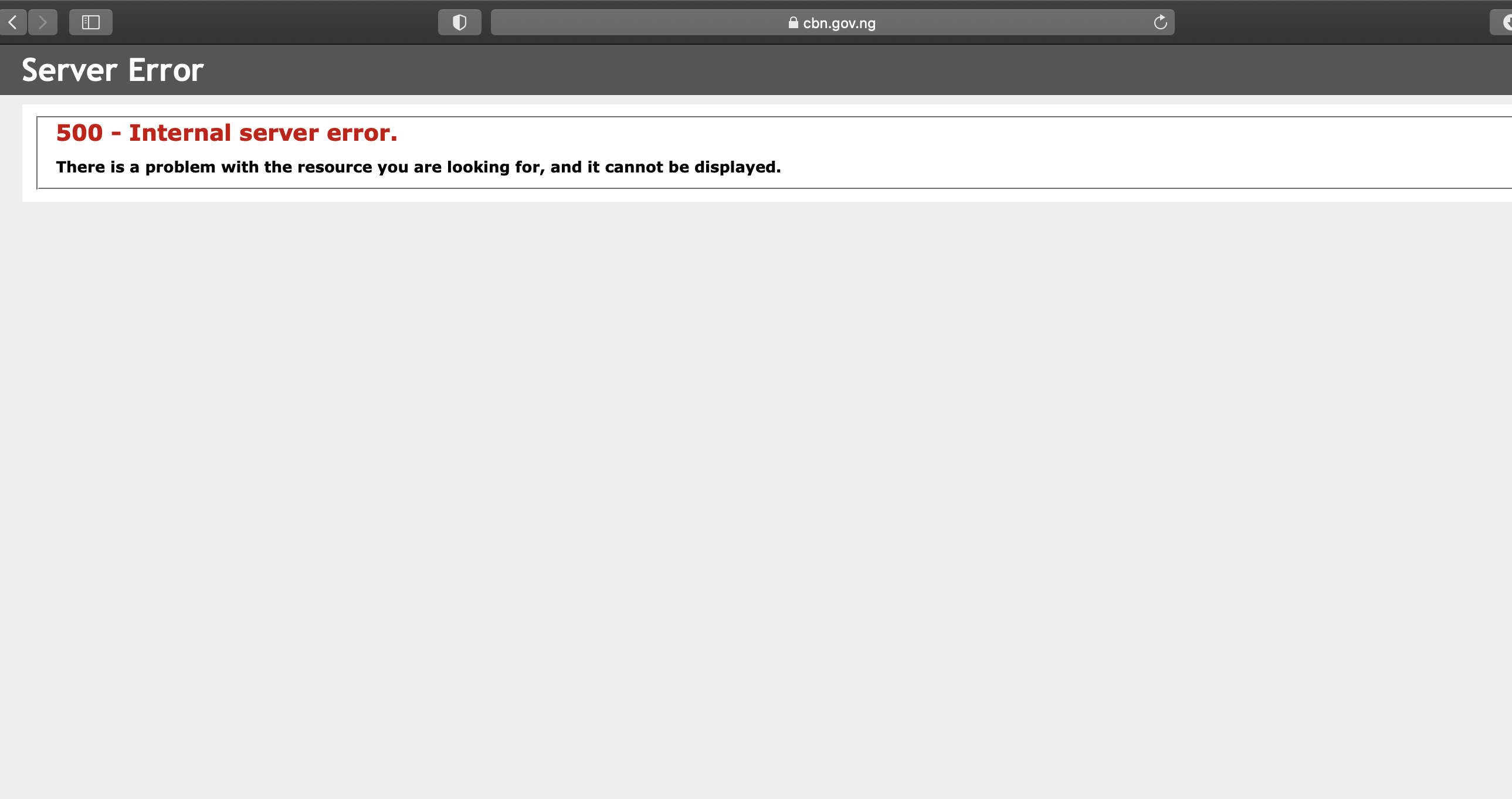 While the CBN claims its website is secure,  the cyberattack credited to Anonymous made the CBN website go on and off intermittently on Friday.

Hackers collective Anonymous claimed responsibility for the attack in the continuation of the takedown of Nigerian Government-owned social media accounts and websites.

The CBN statement did not, however, explain why the website went on and off intermittently.

The hackers said the series of attacks on government-owned websites were to support the widespread protests against police brutality in Nigeria.

“International hackers & Anonymous continue the cyber campaign against the government to call out corruption, demand police reform, and show solidarity with brave protestors,” the group said on one of its Twitter handles, quoting a tweet by a certain Lorian Synaro.

Synaro boasted that the website “will be down again” after it became following the initial takedown.

The attack on CBN’s website is the group’s most audacious move yet since it launched its Nigerian operations on Wednesday.

Despite pictorial proofs that the CBN website was down on Friday, the bank said the cyberattack was being circulated by fake news peddlers.

“We also wish to advise members of the online community to desist from false news aimed at undermining the integrity of the Central Bank of Nigeria, which is our collective asset,” Nwanisobi said.

Statement From Coalition of Protest Groups Across Nigeria

French govt. under fire for May 11 lockdown exit plan

BREAKING!! Govt Raises Alarm, Says Those In Quarantine Have Started Having...